As it happened I ended up back in Cork for the second week running, having been in Cobh last week, this week I was near Cork Airport. So I decided to scout around for some locations, and thanks to a tip off from Twitter via my @shanesphoto account, I headed to Kinsale and later to Old Head of Kinsale (one of which is up on Flickr). I was 100% positive that I had been to Kinsale when I was younger but it didn’t bring back any memories, so the location was all new. Kinsale is a lovely town, very busy, even on a Sunday … but then again Sunday might be its’ busiest day considering how many tourists there were. Having parked the car on the waterfront, I walked the town looking for something interesting – it wasn’t overly sunny so the light wasn’t great. After 30 minutes walking I ended up back at the car, so I set up the tripod and fired off a few shots of the waters edge and some of the surroundings. Thankfully some blue was beginning to show through the clouds which made the scene quite pleasant. 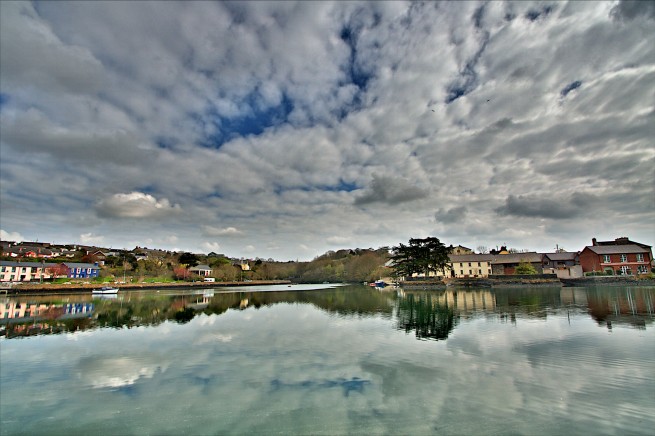 I would have loved to press on towards the West Coast and up into Gougane Barra before heading back to Waterford but the weather started to close in and I said I would save that trip for another day.

This photo “Kinsale Reflections” has been listed on the Morris Oil 2013 Calendar.