Waterford by Night from The Ardree Hotel – Blast from the Past

I was recently going through some photos and I found a photo taken from The Ardree Hotel in 2005, Waterford by Night. It was my first long exposure and without a tripod I managed to take this 4 second exposure with a Fuji S7000. 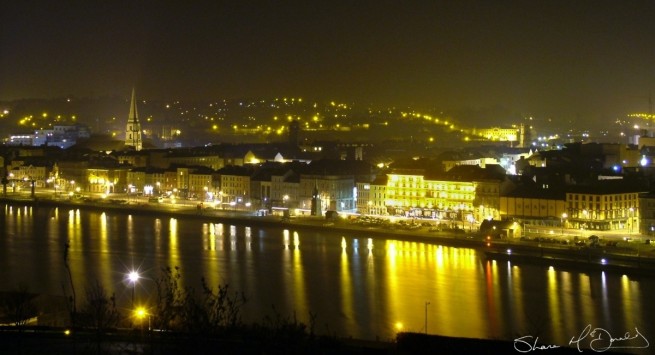 Waterford by Night from the Ardree (Ard Ri) Hotel, Waterford

In 2008 I entered the Imagine Arts Festival Photography competition and won with the above photo. We have a beautiful city and it is great to see it from such a location – such a pity that the iconic hotel is no longer in service. The part of this photo which I like is the area around Christchurch Cathedral. I really like the way the light shines up the steeple. From the distance I really like the sharpness, even though as the crow flies this is almost 1km away from the Ardree Hotel.

What Now for the Ardree Hotel ?

The Ardree (or Ard Ri Hotel) sits on the prominent hill overlooking Waterford City. As a result of it’s elevated location the hotel can be seen from around the city. The Hotel was opened in the 60’s and for a while was the most luxurious destination for those visiting Waterford. In the mid 1990s The Jurys group of hotels purchased the Ardree. It was then later sold to the McEniff Group.

The Ardree hotel located on a hill overlooking Waterford City has been the topic for much debate over the past few years. Rumours that the Ardree Hotel was recently purchased have circulated. The building was the scene for many fires and anti-social behaviour since the closure. No work has been seen on this property since the alleged purchase was made. I doubt much will happen in the short term, but lets wait and see.

Who knows, I might get a chance to revisit the Ardree Hotel and take a more up to date photo sometime soon.