I set up the camera in late evening and took a 12 second exposure, the result is shown below. I reduced the saturation a small but to get rid of the ugly yellow cast from the street lights. (Artificial lighting can be such a problem when taking photos) 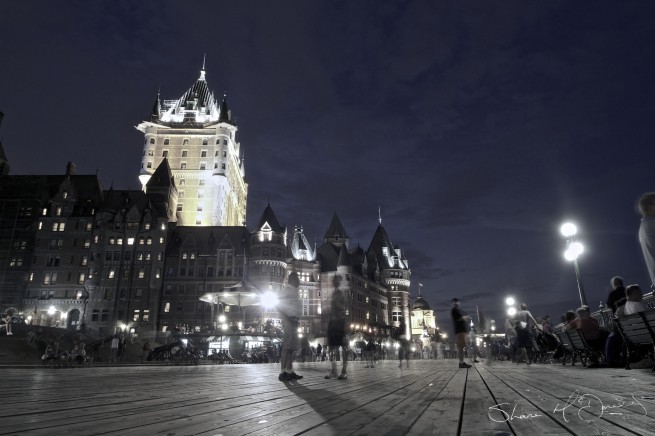 I have some other photos from Quebec which I will post later in the week.