How to ensure a well exposed photo using the exposure triangle

It’s often a problem when using a zoom lens, you zoom in and take the shot and you end up with a shot that’s not 100% sharp. This is because you were so far zoomed in that the camera was not steady enough to capture a sharp shot. A fraction of movement when zoomed in results in a large variation in the field of view which causes the unsharp shot. Even a camera on a tripod can result in an unsharp shot due to movement caused by wind or in some cases the “Image Stabailsation” on the lens being turned on.

Understanding the relationship between ISO, Aperture and Shutter Speed can help you capture sharper photos especially when shooting in Manual Mode (M).

On a recent visit to Longleat Safari Park, in Wiltshire there were many Siberian Tigers around. While driving through the park (with windows up of course) I noticed the cats had just been fed. I was using a Canon EF 75-300mm f/4-5.6 III lens. It’s an ok lens but something which I will need to replace as I have it almost 5 years now and it’s temperamental now after getting a few knocks over the years.

In order to ensure a good capture, I increased the ISO to 400 from 100, which quadrupled the light going into the camera (100->200 doubles the light and 200->400 doubles that again). I also dropped the aperture to f/5.6 which allowed even more light into the camera. The final trick was to engage multiple shots or rapid fire shooting. That way each shutter press I could get 3 to 5 multiples hopefully one would be good enough.

The resultant shot is shown below. This was taken from about 100 feet away through a car window while moving at about 5 mph (note I was the passenger not the driver… ) 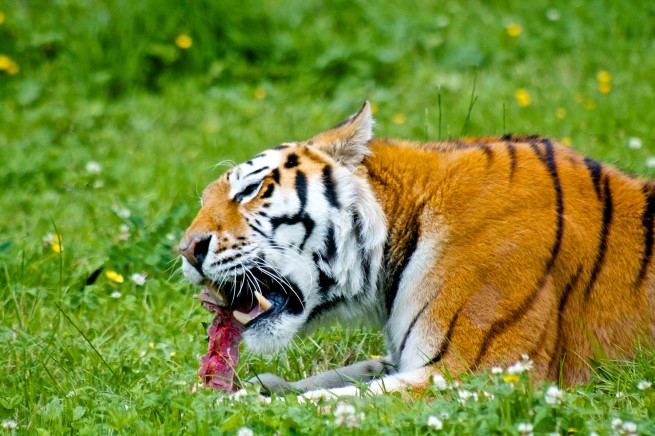 The alternate way to achieve the above would be to set up the ISO at 400 and user Shutter Priority mode and use a shutter speed like 1/500s to ensure a fast and hopefully sharp photo.

In the past I have had opportunities to take a photo but I was reluctant to change the settings, which resulted in a less than optimal shot. The best example was the first time I had the chance to take a photo of a fox while I was out walking. I had the camera set up on ISO 100 and aperture f/11 … I had no tripod, so it was all hand help, I quickly changed the shutter speed but while zoomed in most of the shots were not sharp and the best I could get was the one shown below which was sharp enough but not as sharp as I wished. 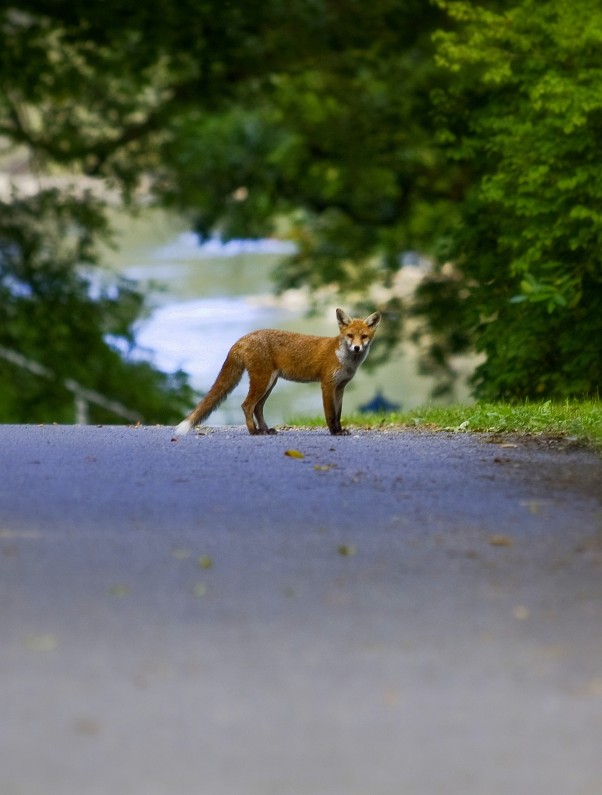 In hindsight I should have incased the ISO and dropped the aperture a bit to assist the camera … but you learn your lessons.

Understanding how ISO, Shutter Speeds & Aperture work together can help you take better photos.
This is called the exposure triangle.