As part of the Irish Hot Air Ballooning Championships 2014, several hot air balloons set up on the banks of the River Suir, on the North Wharf, Waterford on 26th September 2014. Originally planned for Tuesday 23rd the postponed event was worth waiting for. Around 9:05pm the hot air balloons were inflated and in sequence with music they had the flames shooting into the night sky, reflecting into the river. The Waterford Hot Air Balloon is there in the middle, front and centre.

Below are 3 quick edits of the evening. 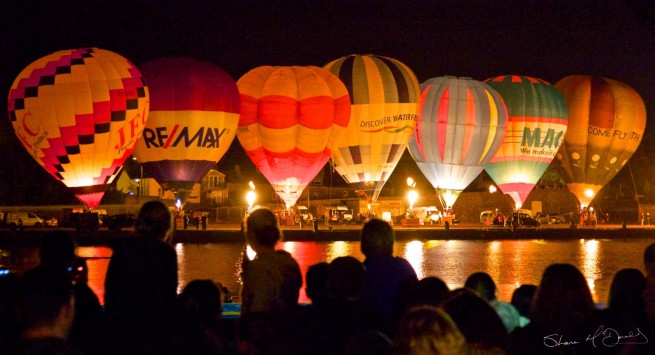 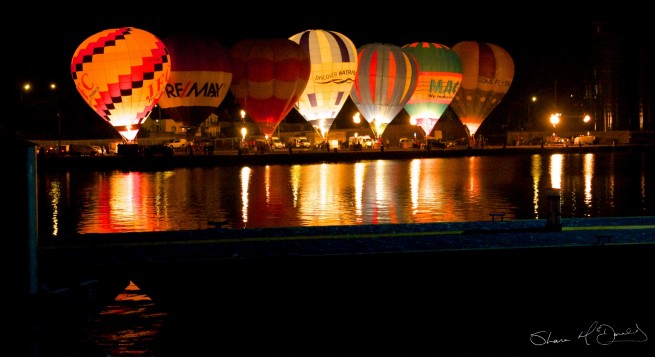 Due to the large crowd, I had no where to place the tripod. I ended up having to hold the tripod above my head, balanced on my belt buckle of all things, with the ISO bumped up and shutter speed around 1/60. I used the Canon 24-105 L lens to get as good quality shot as possible. IS off and Auto-focus off, manually focused earlier to ensure crisp as possible shot.